This article is part three of the Grizzly Force Labour Squeeze Solutions Series where we talk about ways to make lemonade out of Canada’s growing labour shortage issues.

Even prior to the pandemic, technology adoption was emerging in every major sector. Self check-out at your local grocery store, automated chatbots, automated text messages and touchscreen order terminals were becoming commonplace. Is it just me or does it seem like everything now is being built with AI and machine learning?

Companies are using drones to fight fires, robots as waiters, 3D printing entire homes, and meals are being made and served by machines at this restaurant. The surge of technology impacts even the unseen as artificial intelligence now has impacts in every industry from healthcare to manufacturing.

The technology surge? It’s paying off in the long run. In their survey of over 1, 251 Canadian entrepreneurs, BDC found that “Companies that had automated certain areas of the business are 2.0 times more likely to find hiring easy and 1.9 times more likely to see sales growth above the industry average, compared to companies that had not automated”.

Whether you’re on board or not, the consensus is that technology adoption along with immigration (see our post on the immigration solution), is the way forward for solving Canada’s growing labour issue.

In this study by Brookfield Institute in Toronto, they believe that there’s a historical reference for what is to come within technology adoption stating that “ perhaps most important in the context of the current pandemic is that these labour market shifts seem to almost entirely take place during recessions. One study found that since the 1980s in the US, the vast majority (88 percent) of job loss in routine occupations occurred within a 12-month window of the last 3 recessions. This suggests that automation is likely to be accelerated during this COVID-19-induced economic downturn”

So how can your business move towards automation and digitization? The table below outlines just a few trends that could emerge in your industry.

So what’s next? By exploring new technology like the ones highlighted above, your business could get ahead of the labour squeeze in the coming years by increasing the efficiency of your operations.

For the labour, the Grizzly Force Hire App is here to help automate the process of filling in temporary roles. By downloading our app and signing up as an employer, you’ll automatically gain access to our pool of more than 45,000 workers ready to work.

Talk to our sales team now to learn more. Contact us at sales@grizzlyforce.ca. 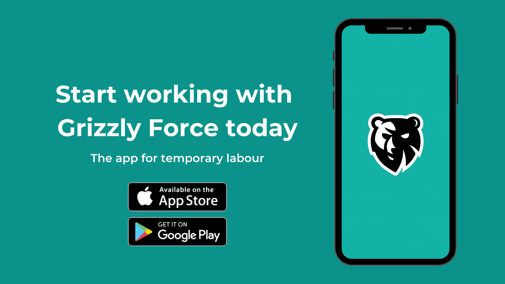 You may want to read

How To Be Successful Using Temp Labour